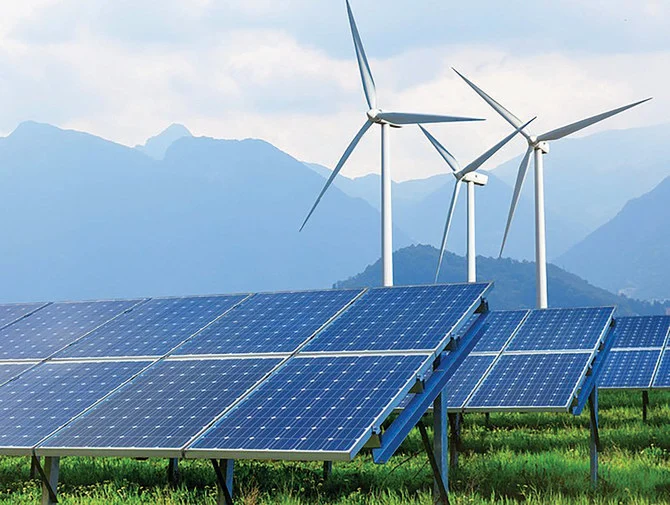 Germany, China, Spain and the UK are leading the world’s richest nations in the push toward renewable energy, a new report said on Tuesday.

International nonprofit Climate Group compiled the rankings of G20 countries based on both ambition and progress.

Modest climbers included Australia, India, the US and Japan —while Canada and Brazil score poorly, despite existing high renewable electricity use. Saudi Arabia and Russia hold down the bottom spots in the list.

“What we’ve recognized at the Climate Group over a number of years is the importance of the policy environment to enable rapid action on renewables,” Mike Peirce, the organization’s executive director of systems change, told AFP.

The report — published during New York’s annual Climate Week on the sidelines of the UN General Assembly — is designed with a group of 380 leading businesses in mind, called the RE100 companies, that have committed to go 100 percent renewable.

Twenty countries, including Spain as a permanent guest of the G20, were given grades from A to E.

Spain, which got an A, was lauded for setting out to deliver “one of the most ambitious renewable power policies in the European Union,” with all new power capacity additions over the last decade coming from green energy.

Renewables accounted for 21 percent of Spain’s total final energy consumption in 2020, surpassing its goal of 20 percent, with plans to increase this to 43 percent by 2030 and 97 percent by 2050 when it is due to reach its climate neutrality goal.

India, which got a C, ranks fourth in the world for installed renewable power capacity with 158 GW — but while there are key signs of ambition from the central government, the report cited high capital costs and grid connection challenges as significant headwinds.

Brazil and Canada were termed “stragglers,” both receiving Ds despite having an abundance of hydropower, with the report urging more diversification as severe droughts have put future energy generation at risk.

The percentage of renewables in Canada’s total final energy consumption slipped slightly from 25.8 percent in 2009 to under 25 percent by the end of 2019. While Canada is targeting net zero by 2050, it lacks any interim dates for checkpoints along the way.

To do better, countries must lay out strong roadmaps with key interim targets, implement financing solutions to drive investor confidence.

“As Europe buckles under the weight of the energy crisis, its leaders are regretting that they didn’t transition from fossil fuels faster. They mustn’t lock themselves in to further damaging emissions,” Peirce said.